Relive the experience of those who fled occupied Holland during World War II, and travelled to England to fight against Nazi-Germany and Japan. A few hundred crossed the North Sea in unseaworthy boats. Many drowned, were arrested, imprisoned or shot during preparations.  More than 2,000 Dutch men and women arrived in England and contributed to the liberation of Europe.

The typewriter used by Erik Hazelhoff Roelfzema to write the book “Soldier of Orange”, is temporarily displayed in the museum until November 2017.

Visit the website of Museum Engelandvaarders for more information. 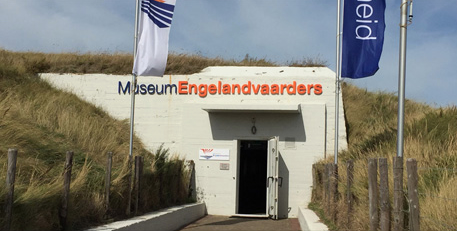